The Aburn family in Towcester in the 18th Century

Posted on December 21, 2018 by familyhistoryfootsteps 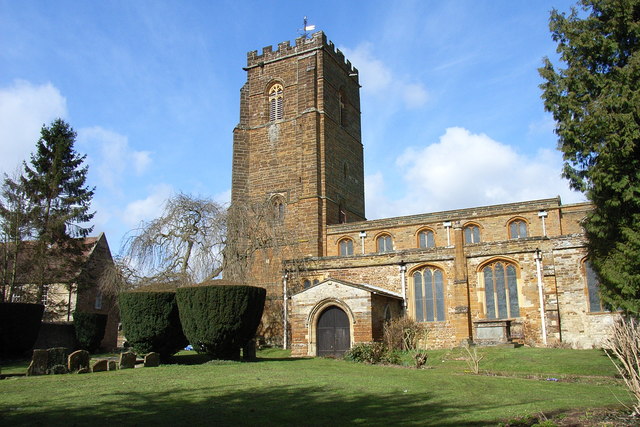 William Aburn, my 4x great grandfather, was born in Towcester, Northamptonshire in 1788 and was baptised at the parish church where he married Ann Downing in 1812.   William’s parents were James and Martha (nee Course) who had married in Towcester in 1786. Ann Downing was the daughter of William and Sarah Downing (nee Sutton) who are described on Ann’s birth record as “paupers”.

More about them later…. but for now, back to the Aburns.

James Aburn is listed in the Northamptonshire Militia list in  1796; his occupation is given as “cooper”.and  it was noted that he had “4 children under 10”. This was significant as his wife Martha died of smallpox that year during an outbreak of the disease. The parish register records that

“The Small Pox broke out in this Parish about that time [May 1796] and continued to Rage with Accumulated Fury untill the beginning of December when the Inhabitants underwent a general Inoculation. Those marked with a cross died of the natural small Pox”.

Parish register notes about the 1796 smallpox epidemic in Towcester.

Being left to care for the 4 young children, one of whom was only a toddler, must have been very hard for James; perhaps he had help from the many Aburn relatives living in Towcester at this time.  Eventually, in May 1806, he married again, to a spinster named Sarah Collins, but it appears that she died just a few months later: there is a burial record in November 1806 for Sarah Aburn, wife of James Aburn.

Going back another generation, still in Towcester, James’ parents were Edward and Elizabeth (nee Bodily). They had married in August 1739 and had 5 children: Joshua (baptised 1739), Lucy (baptised 1742) Frances,  James  (both baptised 1751) and Josiah (baptised 1753).

Edward’s  baptism in 1711 is recorded in wonderfully spidery writing and it’s just possible to decipher the surname “Aburn”:

When Edward died in 1778 the parish register records his burial: Edward Aburn Clark (sic) of this Parish died April 21st, buried the 24th of April 1778. A Man well deserving of his Office.

Edward’s parents Mark  (a cordwainer) and Elizabeth Aburn, however, remain rather a mystery at the moment.  They appear in the Towcester records from 1700 when a son, Mark, was baptised, followed by six more children ( including Edward)  but so far I haven’t been able to establish a marriage record or any clues as to where they originated.

I have been researching my family history for several years. I'm particularly interested in social history and enjoy learning about, and trying to understand the context of our ancestors' lives. From the mid 1800s onwards most of my direct ancestors lived and worked in London.
View all posts by familyhistoryfootsteps →
This entry was posted in Uncategorized and tagged Aburn, Towcester. Bookmark the permalink.

This site uses Akismet to reduce spam. Learn how your comment data is processed.

Connections in time: The Barber postcards

postcards to a North London family

"There is nothing either good or bad, but thinking makes it so."

Exploring my personal genealogical journey - from the shires to the capital